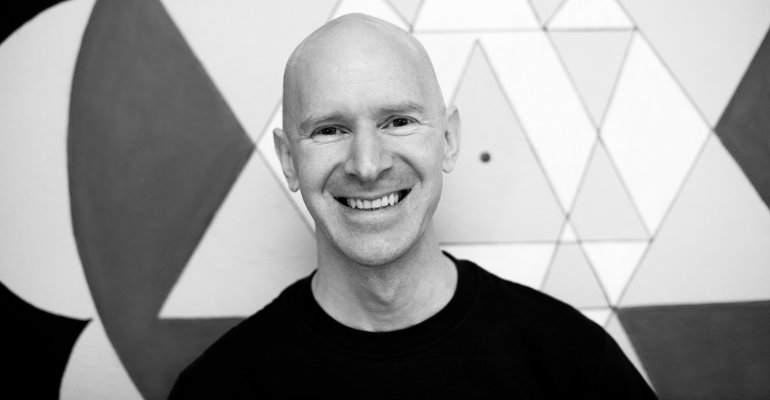 Scott talks to yoga teacher and educator Eddie Stern about his early life as a seeker of yoga and how the deeply spiritual aspects of his life evolved through his impact with India and hindu temples. Scott has known Eddie since 2014 and has co-hosted him in the UK twice. Both times Eddie performed puja ceremonies at the workshops and these were deeply moving rituals. Scott talks to Eddie about the evolution of this side of his teaching and practice.

Also in the conversation Eddie and Scott talk about: teaching online; non-physical aspects of yoga; samskaras and how they shape our actions; the relationship between science and ritual; how understanding the tools of yoga can let us use them more effectively; his decision to change how he teaches; and, the pain caused by the sexual abuse committed by Pattabhi Jois.

Eddie Stern has been practising yoga since 1987.  He ran his school in New York, from 1993-2019. In the late 1990’s and early 2000’s it became a focal point for Ashtanga Yoga in New York for an eclectic group of spiritual seekers that included downtown artists and well known celebrities. He studied Ashtanga yoga under K. Pattabhi Jois and R. Sharath Jois, and he continues to study philosophy, Sanskrit, ritual, science, and religion, while maintaining a daily yoga practice.

Together with his wife, Jocelyne, Eddie founded Manhattan’s first Vedically consecrated Ganesh Temple: The Broome Street Temple (2001-2015). Projects that Eddie has either founded, been involved in, or contributed to include: