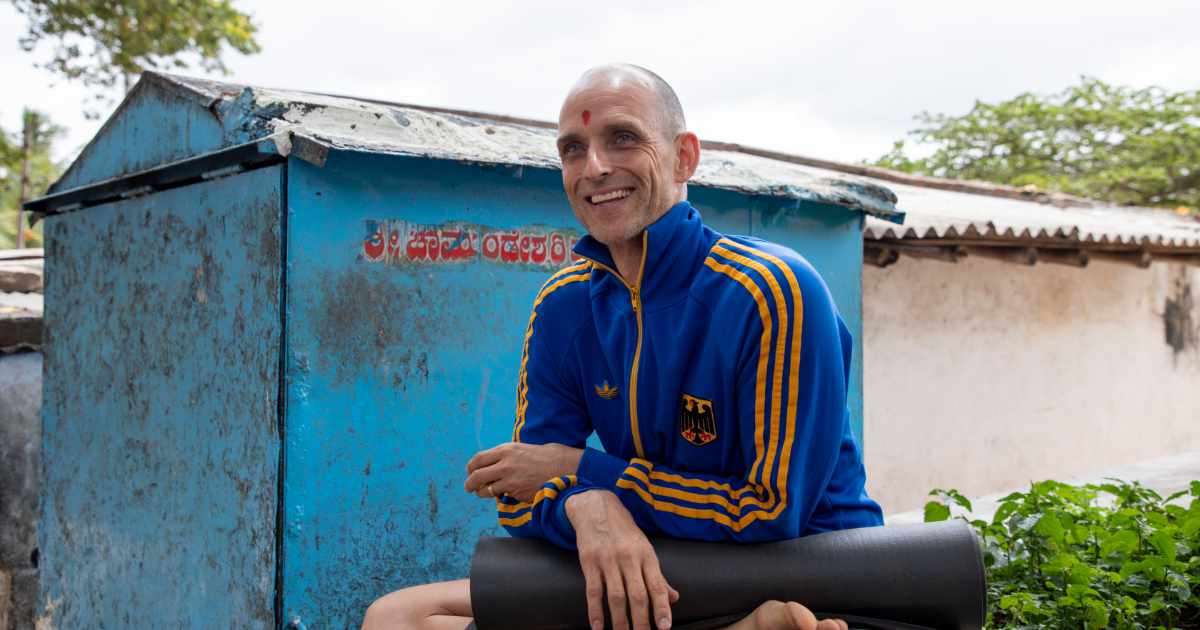 Scott talks to fellow Ashtanga yoga teacher and co-founder of the Miami Life Centre Tim Feldmann about the past, present and future of teaching Ashtanga yoga. In this nuanced and meaningful conversation, Tim and Scott discuss dancing as a spiritual practise, movement as a healing modality, and the teacher’s role as a vessel for knowledge.

Tim found his way to yoga after a catastrophic accident in Venezuela in 1992 interrupted his professional dancing career. He encountered Lino Miele in the late 1990’s, who set Tim on the path to practising with Pattabhi Jois in Mysore. There he met his wife, Kino MacGregor, and in 2006 they founded the Miami Life Centre, where they continue to teach together to this day.

Tim shares openly about the fear he felt before practising with Jois, who even then had a reputation for fearsome physical adjustments. When Tim finally felt ready to practise with him (after completing Advanced A), he recalls feeling gratitude for the assists he received.

Since Karen Rain’s revelations of sexual assault at the hands of Jois, Tim has had to come to terms with how his experience was at odds with that of the women Jois abused. He asks himself how he failed to notice, talking to Scott about how ‘crazy and amazing’ those days in Mysore were, concluding that sometimes people ‘surrendered’ at the expense of the safety of themselves and those around them.

Since opening the Miami Life Centre in 2006, Tim has moved his own teaching away from a hierarchical model and towards one that prioritises safety and inclusiveness. Having been confronted with the somewhat blasé attitude towards anatomy in the early days, he’s relieved to see a more detailed and logical approach developing in recent years.

He talks about the value and limitations of lineage and hierarchy – that structure can create clarity, but space to explore is essential. He talks about the ‘lineage holders’ of Ashtanga yoga, and the nature of how knowledge is passed down.

And finally, reflecting on the past couple of years, Tim concludes with how nothing is more important in life than being there for other people.

Tim is the co-founder and captain of the world-wide recognized Miami Life Center and of the newly opened Miami Yoga Garage – a new ambitious Shala and cultural house in Miami’s fun Wynwood district. He has practiced yoga since 1994 and Ashtanga Since 1999. Authorized to teach by Pattabhi Jois and Sharath Jois he explores core concepts and modern boundaries of Patanjali’s yoga teachings alike. A practitioner of Ashtanga Yoga’s Advanced A Series Tim finds Ashtanga’s traditional method an exceptional path towards healing, wisdom and self-realisation. Drawing upon his past as an internationally successful dancer and acclaimed choreographer, anatomy, alignment and technique is his second nature. Tim has been pursuing in-depth studies of Patanjali, Sankhya and Vedanta over the past 7 years with Vidwan Nagaraja Rao, Jayashree & Narasimha and other exceptional scholars in South India. Cherished worldwide for his fun, disciplined and detailed pursuit of authentic yoga and his compassionately effective touch, Tim travels to yoga shalas around the globe with the inclusive message of how study, steadiness and devotion is the means to powerful transformation both inside and outside of us.

You can find out more about Tim’s work here.

‘This conversation with Tim Feldmann was so good. For quite a while I’ve wanted to talk to someone like Tim, who is one of the most recognisable of the current generation of Ashtanga teachers, about where the sharing of Ashtanga Yoga  finds itself. Tim was so open and honest about his own process,  where we are currently and what’s possible in the future. I was left feeling like I had found a new friend to ge deep with. This conversation is essential if you care about sharing the practice of Ashtanga yoga to others…’

If you enjoyed this podcast then you might also enjoy Scott’s conversations with Petri Raisanen, Kino MacGregor, Greg Nardi, Deepika Metha, John Scott and David Keil.

Check out the details of our in-person and online memberships

We collect cookies and anonymous data via Google Analytics. Accept to continue or switch to private browsing to use this site without data being collected.
Read our Privacy and Cookies Policy for more info. Accept