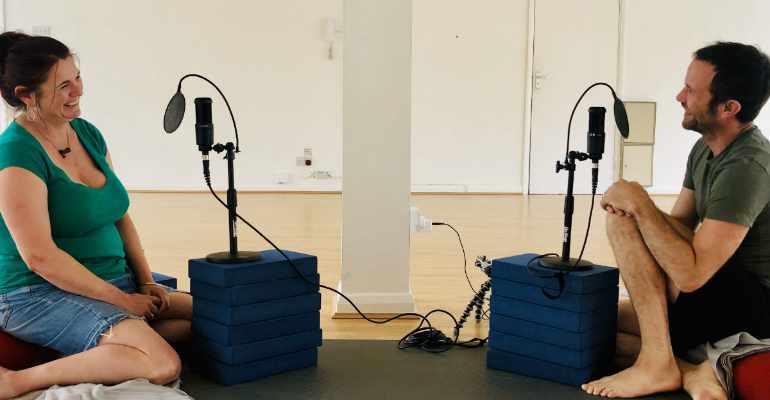 Scott talks to Caroline Taylor, a long term SYL practitioner, about how she has navigated her yoga practice since the time she started in 2012. Caroline has been a practitioner of Ashtanga yoga since 2012 when she first met Scott after walking into Stillpoint Yoga London as a beginner. She joined Stillpoint at the time just after Ozge Karabiyik had passed away and has been an integral part of the community since then.

Scott and Caroline talk candidly about their relationship as teacher and student and how both have grown as a response to meeting each other. Caroline’s story is of courage as she found Ashtanga yoga incredibly difficult right from the start. But from the first words she spoke to Scott in the Stillpoint room to now Caroline has shown deep courage in the way she has moved and navigated her yoga practice and life.

Carrie also shares how how persistence allowed for her to meet and transform the way she saw her body. It transformed her in such a way that it influenced the way she practiced her work too.

Caroline works as a highly skilled clinical psychologist, based in Brighton. You can find out more about Caroline and her deeply powerful work here.

“Carrie’s story is a wonderful take on how moving through difficult layers of practice can turn into something transformative.”
Scott Johnson – June 2019

Check out the details of our in-person and online memberships